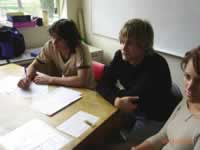 As a special event a tournament was held to discern who the best individual speaker in each role within the senior students was. Some of the top senior debaters from around Adelaide competed to find out just who is the best debater with prizes from Unibooks for Everyone who participated and trophies for the winning school. Each of the three debates had their own topic which were based on reality television and pop culture, students had 40 minute to prepare for each topic. The make up of each team was changed in each debate.The debates were in cross examination and point of information format and were judged by a panel of 3 adjudicators who gave marks per team as well as voting for the best speaker in each role. At the end on the day the votes were tallied and the winners revealed. It was very close and all the debaters were on a knife edge for the day.