SA push for pets to travel by bus, train and tram

Rebecca DiGirolamo, Sunday Mail (SA) | February 23, 2020 6:00am
Despite his mild manners and dapper style, tiny Taco the Chihuahua is not welcome on South Australian buses, trains and trams.

“I’d love to be able to travel with him on public transport and take him to more places,” said Taco’s owner, Adelaide marketing consultant Fiona Nation.

“Taco is pretty much with me wherever I go – he’s my family,” she said.

Under current SA transport regulations only accredited assistance animals are guaranteed a ride on public transport.

All other animals are prohibited on board without the permission of an authorised person, like a passenger service driver.

It’s a rule that’s starting to ruffle some feathers in SA, as The Sunday Mail today launches Dogs of Oz – a celebration of Australians’ love of their four-legged friends.

“A person needs to know BEFORE they get to the station or (bus) stop whether their pet will be allowed on,” he said.

“Being turned away at the door at the whim of the driver is not a good outcome.”

Mr Parnell said if there was general public support, then a trial of pets on Adelaide buses, trams and trains should occur provided the safety and comfort of other passengers and the driver was ensured.

“With around two thirds of households owning pets, and with a need to encourage more people out of private cars and onto public transport, it makes sense socially and environmentally to look at this issue.”

A University of Sydney study in 2017 estimated dog owners made about 2.4 million dog-related care trips each week in Sydney.

And a recent YouGov Galaxy poll found more than 55 per cent of Australians support pets on public transport, particularly for pet owners who don’t or can’t drive, like the elderly, disadvantaged and disabled.

Legally blind Adelaide singer Rachael Leahcar, who was last year refused pick up with her RSB Guide Dog Ella by an Uber driver, said therapy and assistance dogs should be allowed on buses, trams and trains.

“We strongly support the idea of pets on public transport because it enables people to properly care for their pates,” said Dr Eyers.

“This is not new, it’s been happening in Europe for many years – so what’s the hold up here?”

RSPCA ACT’s Dr Patricia Petersen said a certification program could allow dogs on public transport provided they had a tick of approval for behaviour and socialisation.

In Queensland, a TransLink trial is currently underway in Brisbane allowing pet dogs on ferries. And

The state Transport Department did not respond to whether there were plans for SA to trial pets travelling on public transport. 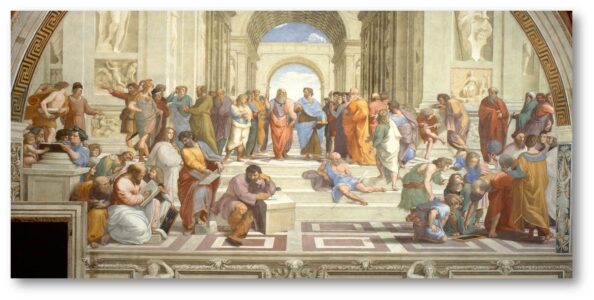 Ancient Wisdom for Modern Children: A brief overview of the Philosophy of the Stoics