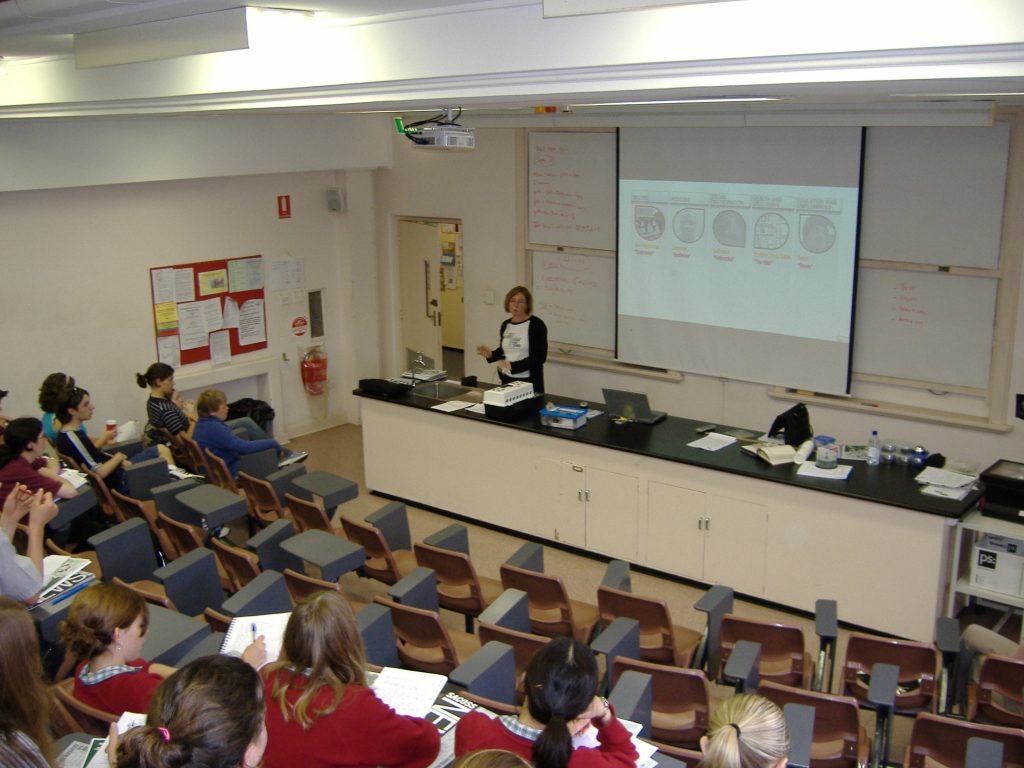 The Global Issues Tournament aims to introduce students to issues that our global community faces and gives them the chance to explore these issues through debate. The 2005 tournament saw forty-five participants from eight schools.

The third annual Global Issues Tournament was held at Adelaide High School on Thursday 24th November 2005. The topic was “That the Australian government should focus on Australian poverty.”

Debating SA was privileged to feature as guest speaker Karen Grogan, Executive Director of SACOSS. Karen spoke about SACOSS’s Anti-Poverty Campaign, Closer Than You Think and officially released five fact sheets on poverty. More information about the campaign is available at http://www.closerthanyouthink.org.au/

The day began with Karen Grogan, Executive Director of SACOSS giving a 1-hour lecture on the issues of poverty in South Australia. This was thoroughly enjoyed by students and teachers alike.

After a brief discussion of the main points for the affirmative and negative sides of the topic, “That the Australian government should focus on Australian poverty”, students were given preparation time before proceeding through two rounds of debates.

Since teams debated the same side of the topic for the whole day, the top two affirmative teams and two negative teams were then determined to participate in semi-final debates and the top two teams from the semi-finals proceeded to the grand final debate.

At the conclusion of the day Immanuel College emerged victorious taking the cash prize of $100. In second place was Westminster School. Our congratulations to these teams and all other participants.

Debating SA would like to thank Karen Grogan for so generously taking the time to provide all participants with a wealth of information. Special thanks to Adelaide High School for providing the venue.

Thank you to our adjudicators David Wilkins, Emma Stewart, James Foley, Jemma Arman, Leilani Miller and Michele Southam for their expertise throughout the day. Special thanks to James Tran for his organisation of the day.

This site uses Akismet to reduce spam. Learn how your comment data is processed.